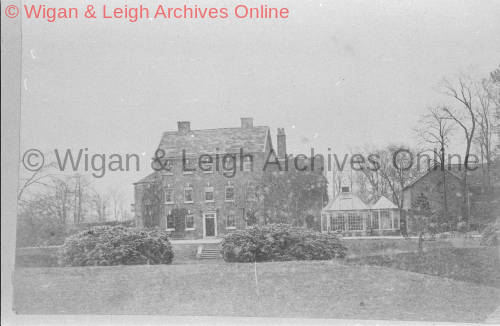 Westleigh Hall circa 1930-1940. This hall and its ground were situated off Wigan Road on what are now the Marsh Playing Fields. Westleigh Hall is first mentioned in 1250, when it was the property of Robert de Bradshaw. The old hall was pulled down, and replaced by the building in the photograph, during the late eighteenth century, by John and Ellen Ranicars. It passed by marriage to the Marsh Family in the nineteenth century, but at the end of the century became so badly affected by mining subsidence that it became uninhabitable. In 1931 the house and grounds were given to the Leigh Corporation by the last of the Marshes, Miss Mary Matilda Susan Marsh. 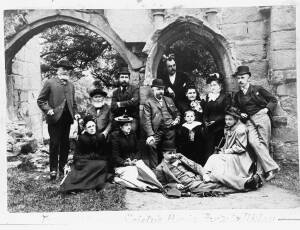