These records were created by the Military Tribunal system, which under the Military Service Act, 1916, established the terms for compulsory military enrolment.

The new Military Service Act required all adult males, aged 18-41, to register for military service unless they possessed a certificate of exemption. By April 1918, the age range was extended, so that men aged from 17 to 55 could be called up, and exemptions were further restricted.

From 1916, men seeking exemption from military service could apply to various tribunals: Local Tribunals, Appeal Tribunals and a Central Tribunal based in London.

Local Tribunals were appointed by the Local Registration Authorities designated under the National Registration Act 1915. They dealt with attested (voluntary servicemen) and non-attested (conscripted) applications. Recruiting officers or other military representatives were also entitled to attend any hearing and to question applicants.

The reasons provided by applicants for exemption are varied, with applications made on moral grounds (conscientious objectors), on medical grounds (disability), on family grounds (looking after dependents) and on economic grounds (preserving a business). The vast majority of cases relate to the impact of war on a man’s family or their business interests, and the papers reveal some fascinating and tragic stories.

Due to the sensitive issues that surrounded compulsory military service during and after the First World War, nationally, only a small minority of the tribunal papers survive. In the years that followed the end of the war, the Government issued instructions to the Local Government Boards that all tribunal material should be destroyed, except for the Middlesex Appeal records and a similar set for Lothian and Peebles in Scotland, which were to be retained as a benchmark for possible future use. 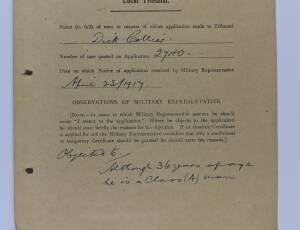 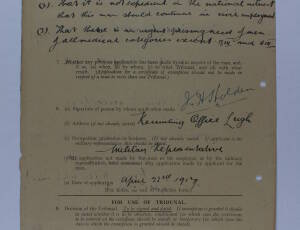 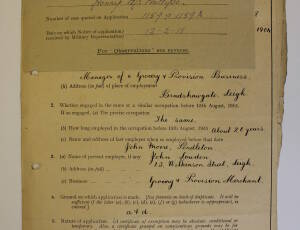 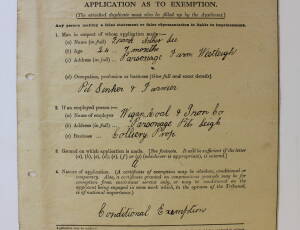 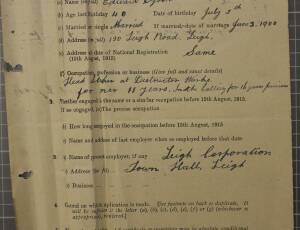 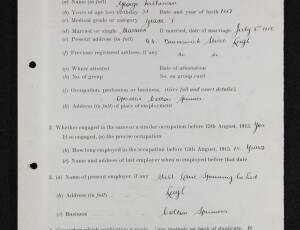 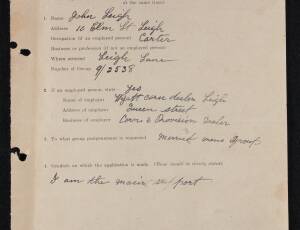